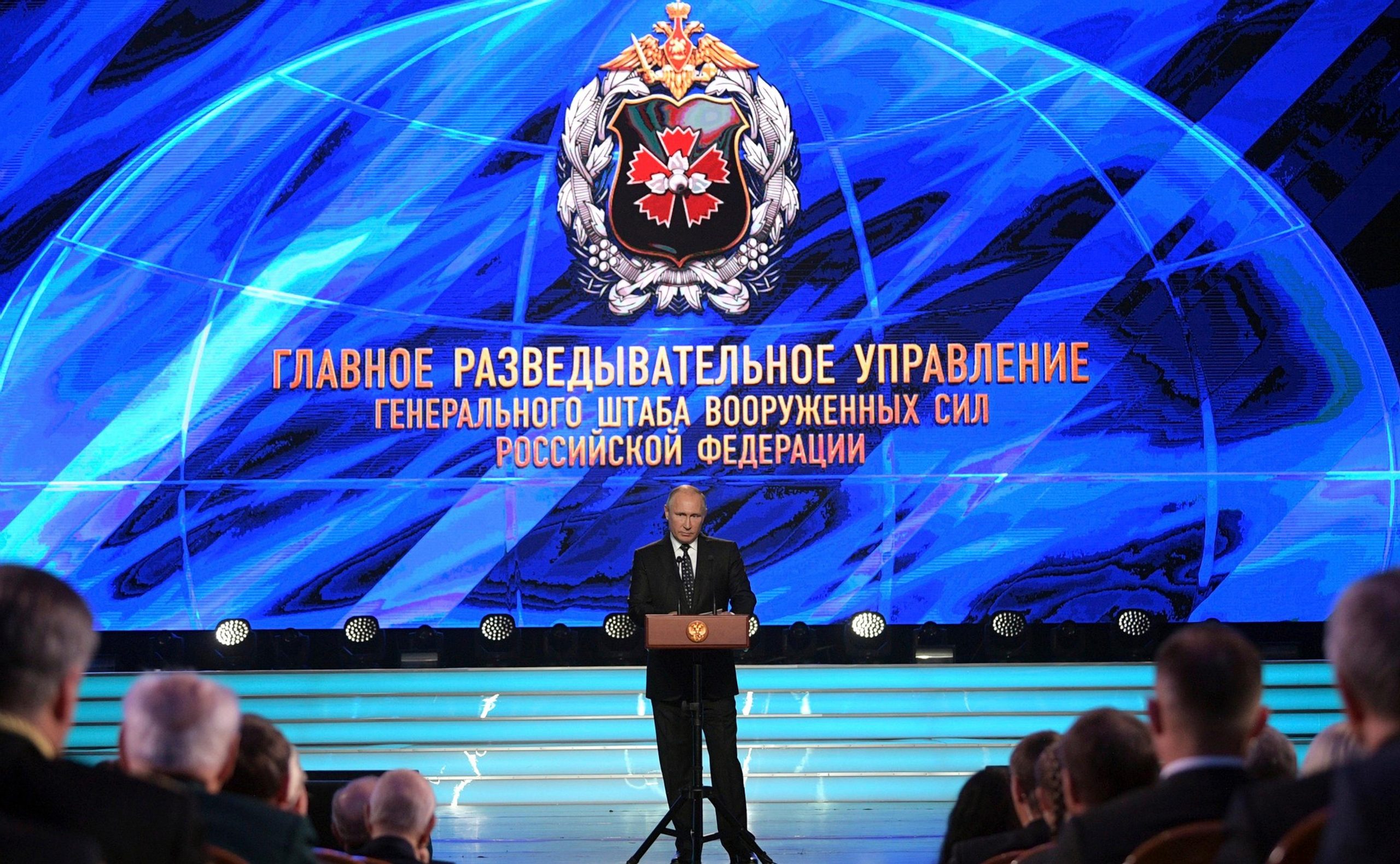 Now that the US and Russia have exchanged Victor Bout, an arms dealer branded the “Merchant of Death” for Brittney Griner, an American basketball player, it might be thought that the human trading game is over.

The Kremlin has made clear that Paul Whelan, a former US Marine held by the Russians since December 2018, can get home only if the Kremlin extracts another convicted criminal from a Western jail.

The chosen individual next time will be Vadim Krasikov. He is an assassin who murdered a Chechen warlord in Berlin’s Tiergarten park in broad daylight in August 2019, but was so clumsy that he was immediately arrested by German police. In December 2021, Krasikov was sentenced to life in prison. The court found he executed the hit job on direct Kremlin orders — the 50-year-old had traveled to Germany with a fake passport and an alias provided by the Russian state. In jail, he requested books about famous Soviet spies, while denying that he had any connection to Russia’s intelligence agencies.

Krasikov is not a spy of the type produced by the KGB during the Soviet era, men and women who former agent Putin and his colleagues were encouraged to treat with reverence. He is not like Rudolf Abel, an undercover Soviet spy who worked in the US while pretending to be an artist and photographer. After four years in an American jail, he was swapped on the so-called Bridge of Spies in Berlin in 1962. Neither is Krasikov a skilled officer with an impressive record of recruiting assets. He is a hitman, pure and simple, with limited skills, as his rapid capture attests.

While the Kremlin has raised the matter of his release, he is far from the only Russian intelligence agent incarcerated around the world. There is, for example, 59-year-old Sergey Skvortsov, who is held in a Swedish prison: he was arrested in November along with his wife on charges of spying for the past nine years, according to Stockholm District Court records. The husband-and-wife team has lived in Sweden since 1997, and has Swedish passports in addition to Russian citizenship. The wife was released on bail, but Skvortsov is still in custody.

Then there is Sergey Cherkasov, another Russian illegal (i.e., a spy without diplomatic cover), believed to be a GRU officer living under the false Brazilian identity of a man called Victor Muller Ferreira. The Dutch secret service, AIVD, arrested him after he tried to join the International Criminal Court (ICC) as an intern. He was sentenced to 15 years in prison by a Brazilian court in May.

There are also Russian hackers, caught in various jurisdictions and extradited to the US on charges relating to Russia’s interference in US elections. This list of captives was recently expanded by the capture of the children of Russian top-level officials who the Kremlin engaged in its intelligence operations: for instance, Artem Uss, the son of the governor of Russia’s Krasnoyarsk Region, who was arrested in Italy in October at US request for alleged sanctions evasion and the illegal sale of US military technology to Russian arms companies. He was placed under house arrest while awaiting extradition.

And yet, the Kremlin’s first choice as it surveys the ranks of its citizens held abroad is an assassin, not not a spy or a hacker.

This is no accident. Russian intelligence has always been obsessed with political emigration. It began with Stalin, who was fixated on his biggest political rival, the leading revolutionary Leon Trotsky, who was considered a standard bearer of opposition (and was widely seen as a more inspirational figure than Stalin.) He tasked his agents abroad to trace Trotsky and kill him (a task which, famously, was incongruously achieved with an ice pick at Trotsky’s home in Mexico.)

The affair did not end there. Stalin insisted that Trotsky’s supporters be hunted down even after their leader’s assassination in August 1940. In January 1941, Moscow Center sent a secret cable to it’s chief of intelligence in New York urging him to intensify the struggle against Trotskyites. World War II was already underway, it was just five months before the Nazis would try to erase the Soviet Union, and yet Stalin’s spies were being directed to worry about the émigré disciples of a dead man.

This obsession has had a huge impact on Russian intelligence methods and modus operandi. Spies have always been important because they provided access to Western intelligence and technology, but assassins were no less crucial because they policed the émigrés. The subsequent record of Russia’s state-sponsored assassinations abroad during Putin’s time in power is long enough to indicate that the tradition has never been broken.

The Kremlin’s demand for Krasikov (in return for Whelan) was therefore designed to convey a message.

The Kremlin is not short of assassins, and yet it wants this one to return home. This tells assassins that their work is valued, and it tells émigrés that their lives are of little concern to the West; that their murderers will go free. This is not a message to the West; it’s a message to all those Russians who have left the country in their hundreds of thousands because they disapprove of Putin and his war.